Laos has seen rapid economic development in recent years. Public spending on health remains low, and health service provision continues to rely on out-of-pocket spending and external financing. Laos faces regular outbreaks of communicable diseases and increased cross-border exchange and climate change are expected to put further pressure on the health system’s capacity to prevent, monitor and control outbreaks. The vast majority of the population in Laos lives below the poverty line. This has serious implications on children’s access to fundamental rights, and in particular the right to health. There are many factors that contribute to children’s inaccessibility to healthcare including a lack of infrastructure, financial means and pediatric surgery. 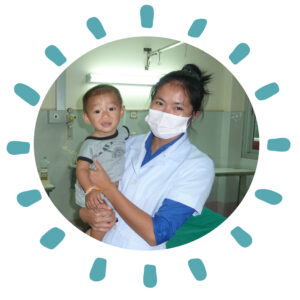 USFC has been active in Laos since 2011 at the Vientiane Children’s Hospital with a primary focus on pediatric surgery.

One surgical mission was carried out in 2018 in which:

As a result of the progress made in 2018, the focus has been shifted to support abdominal surgery.

In 2019, missions will be carried out to launch abdominal surgery in the Children’s Hospital.